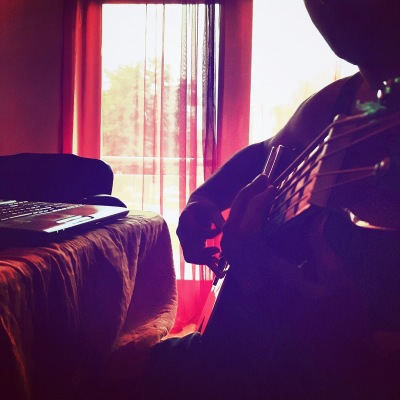 Music is my favorite spice of life – I read that sentence in the column by Lana Biondich while I was driving home with headphones on my ears. At that point I started to think about the role of music in my life.
At the end of elementary and early high school I was one of those kids who wrote in the lexicon under the rubric “favorite music / singer / band” the unknown so called Satanic performers for which we wore Converse All Star snickers just like the Guns, System Of A Down, Good Charlotte, Panic! At The Disco, Fall Out Boy, Green Day …
About the phenomenon of how society looks at people who, even then listened to something unknown and different and, thereby were identified by derogatory nicknames that have nothing to do with common sense, we can write their doctoral dissertations from sociology.
After almost fifteen years now, Converse All Star snickers must have a piece of clothing, especially white because with iPhone they are considered a status symbol,, and those who listen to domestic music are considered to have a suspicious IQs. It is interesting how everything evolves over time.
EVOLUTION OF MUSIC (UN)TASTE
By the complications of the circumstances we are placed in certain categories according to what we listen to and/or how we dress because industry and society determine lifestyle trends.
I do not wear t-shirts with bands anymore, and I do not feel like I belong to a certain group.
If I want, I’ll buy tickets for any concert and artist I think it is a good quality to invest my money in him/her or them.
What is forever changed my taste in music (or lack of taste, depending from which perspective is seen) is constantly listening to the radio.
At any time, in any place, I listen to the radio. And as I write this article I am listening to.
I believe that this is something my parents passed because from childhood you could always hear something, music or radio advertisements, in our house…
Listening to the radio, the song and the feeling that they managed to convey contributed to the fact that no one or even me alone could fit into a mold of social (non) desirable musical tastes.
Today I will listen to Ed Sheeran, tomorrow with beer I will listen to Red Hot Chili Peppers tribute band. The day after tomorrow who knows?
WHY I LISTEN TO “COMMON” MUSIC?
This question actually prompted me to write this text – why from all of the musicians now my absolute favorite is The Weeknd, whose lyrics are not similar to my thoughts or attitudes?
The answer is … because he is doing a fucking great job! No matter how many dark period I been through so far, I have not met a musician who has managed to convey that deep, dark, baffled and courageous attitude to his listeners.
I’m no music critic but I write about what an artist of any genre manages to inspire in me.
By personal evolution and the pursuit of popular culture, I began to follow people in the industry (in any, but because in this text I am talking about music then in music industry) who are after decades of persistence at those positions where I see myself in five to ten years, and it is – an absolute domination in the business I want to work in.
I can also say this for literature because it offers me the same amount of pleasure as music. Probably this is to my uneasy spirit that can not simply rest.
My definition of quality life is a constant movement. And imagining life like a movie or a book with good soundtracks.
They say that you know about a person when you look at their play-list, so I bring you a list of musicians running on my cellphone, with the feel good radio:
The Years Keys, Beyonce, Ed Sheeran, Bruno Mars, Lady Gaga, Macklemore & Ryan Lewis, One Republic, Gary Clark Jr., Years & Years, Hozier, The Weekend, Zayn, Maroon 5, Guns n’ Roses, Artic Monkeys, Alabama Shakes, The Clash, The Killers, Paolo Nutini, Bebe Rexha, G-Eazy, Elemental, Kendrick Lemar, Kaleo, Florence + The Machine, Rudimental …

Like everything in life, I choose my music by feeling